from Sensus Presents: Malaikat - The Bali Project by Tom Terrell 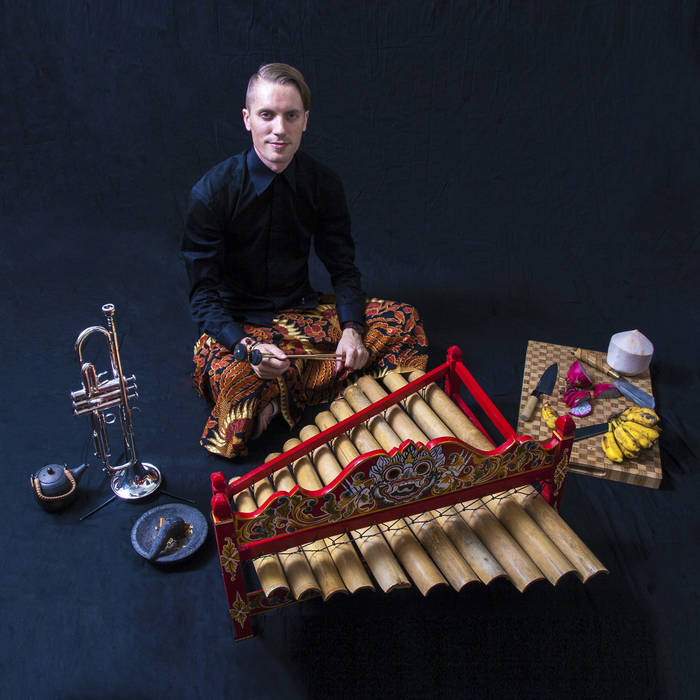 This is an audience participatory piece.*
Rendang is quite a remarkable dish. It originated in Indonesia for ceremonial occasions, but it quickly spread throughout Asia and became (and still remains) extremely popular in Malaysia, Singapore, Brunei and the Southern Philippines. Rendang is robust, cooked for hours until the rich spices and coconut milk are completely absorbed and caramelized. The spices, garlic, shallot, ginger and galangal used have antimicrobial properties and serve as natural organic preservatives, enabling rendang to last as long as four weeks at room temperature. This cooking technique flourished because of its role in preserving foods in tropical climates and was especially important to migrating peoples.
In 2011, CNN International held an online poll of 35,000 participants listing the ‘World’s 50 Most Delicious Foods (Reader’s Pick)’. Perhaps not surprising to some, rendang was chosen as the number one dish.

*When we eat, we are always given musical instruments: our utensils. Following the clear leadership of the orchestra, please join in with your instruments whenever you are chewing your food and help create a natural build in rhythmic intensity and variation (bang on anything you like!). When finished with the course, keep on playing until we stop you! Have fun and let go!!

Begin by making the spice mix, blending in a blender or food processor the cloves, nutmeg, chiles, shallots, candlenuts, garlic, turmeric, ginger, and galangal. In a large mixing bowl combine the mix and coat the beef entirely. Heat sesame oil in a large Dutch oven or stock pot and brown all sides of the beef, cooking for 4-6 minutes. Meanwhile cut the lemongrass into 5-6 inch pieces from the stem and bruise
with the back of a large knife or meat tenderizer until fragrant. Tie the lemongrass and cinnamon sticks together with kitchen twine. Add 7 kaffir lime leaves, the lemongrass and cinnamon, the coconut milk, and salt and bring to a boil. Reduce heat to medium low, stirring occasionally to prevent coconut milk from scorching, until the consistency of thick soup, about 1.5 hours. Continue to cook, stirring frequently to prevent burning, until sauce and beef turn a dark caramel color and the sauce absorbs and coats the beef, 2.5-3 hours. Discard whole spices before serving; garnish with thinly sliced kaffir lime leaves. Rendang can be served warm or at room temperature, and is typically served on a banana leaf with rice.
Serves 4-6
*Vegetarian substitute: mushrooms and potatoes in place of beef

SENSUS is a multi-sensory experience in which specific music and food are composed in order to relate to each other. These studio albums are the recorded music that is performed alongside their dishes, as explained in the individual track descriptions. The accompanying menu is provided with recipes for your own re-creating enjoyment. Thank you for supporting this multi-art synchronizing concept. ... more

Bandcamp Daily  your guide to the world of Bandcamp

Guests include Kassa Overall and Muriel Grossman, plus an LP of the week by Van Hunt.